As all good stories go one thing leads to another and you end up on top of a mountain watching the sunset with a bonfire and a couple of people starting to do some fire spinning. And of course all I had was my Point and Shoot.

The interesting thing here was that one of the guys who was spinning fire, I had not seen since I met him last August on top of a hill in Frick park with a couple of friends. At that time he had just been given a cursed bayonet from a guy in a coffee shop. The bayonet was used by a soldier to kill himself. He had said that he could feel the weight and ache in is back just from carrying it. He was working on solutions to dispose of it, such as putting it in a box filled with salt and burying it.

That night he also allowed my friends and I to pull cards, and told us our fortunes based on these. Just as he had appeared in the darkness he had disappeared just as the other night, only this time he was spinning fire.

He updated me on the bayonet and told me that it had been cleansed. He now works in the South Side teaching kids superpowers (gymnastics etc.)

You might be able to find him and many more awesome people at The Peaceful Gathering of Hands Pittsburgh events.

More photos of Fire Spinning can be found on my facebook page: http://www.facebook.com/AaronJackendoffPhotography
(Photo Album) 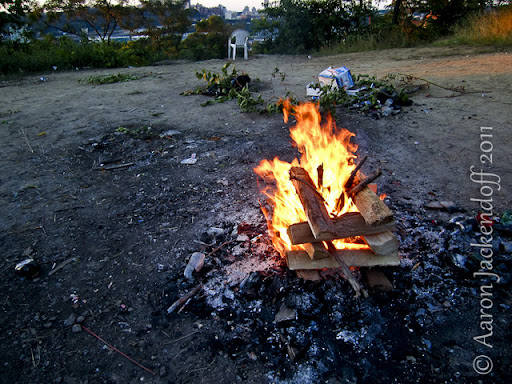 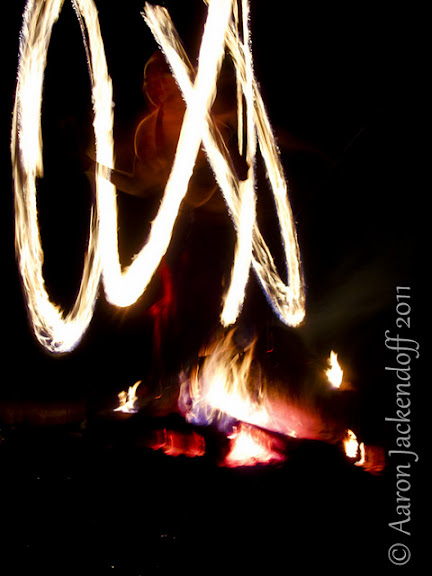 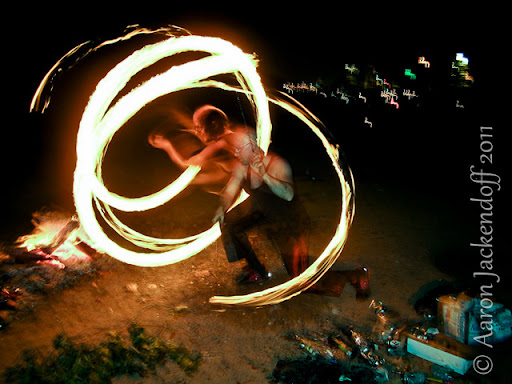 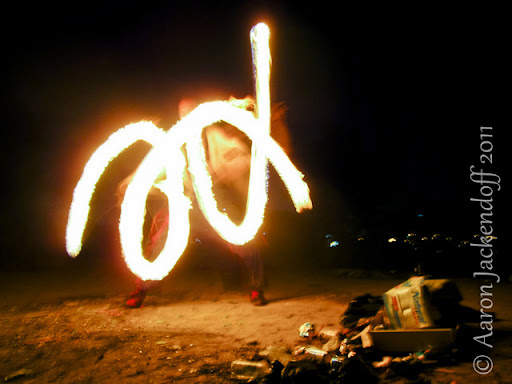 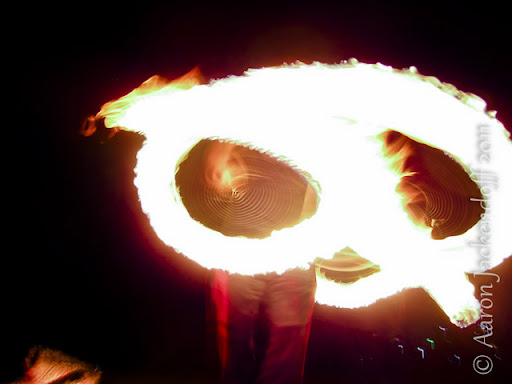 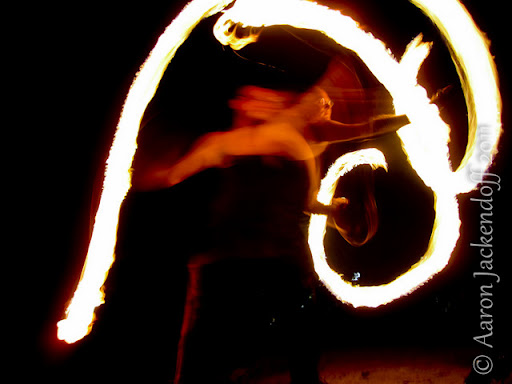 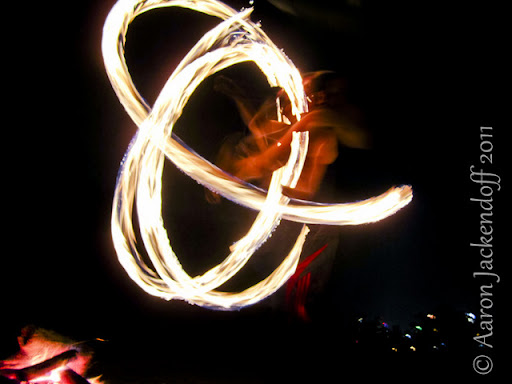 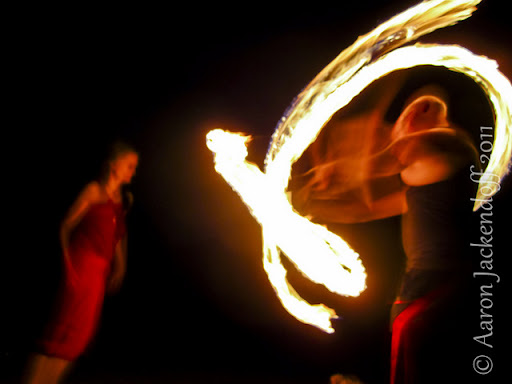 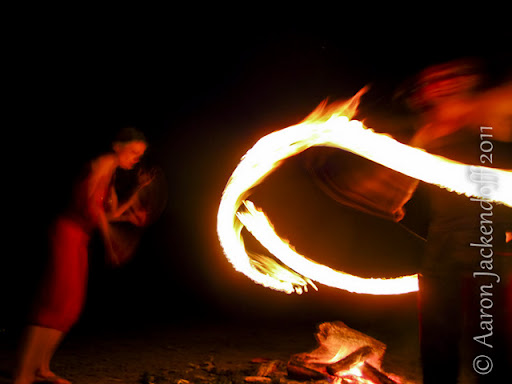 Posted by Aaron Jackendoff at 11:00 AM